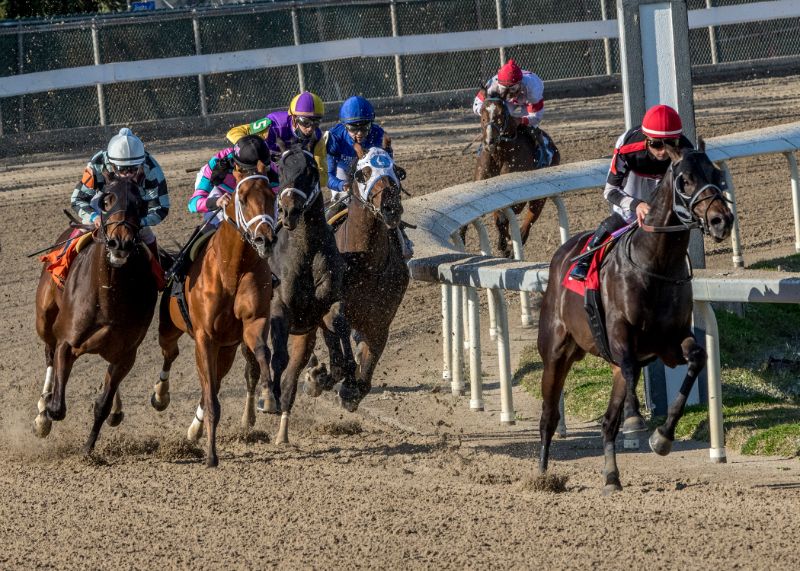 12/19/20 | New Orleans, LA – Dare To Dream Stable’s Quick Tempo sprung from the gate like a rocket under jockey Adam Beschizza and never looked back late, easily winning the $75,000 Sugar Bowl for 2-year-olds by 1 ¾ lengths over a rallying Gagetown. Chris Davis trains the colt for Dare To Dream.

Quick Tempo and Adam Beschizza caught a flyer at the start of the Sugar Bowl, as he broke immediately in front and opened up by 3 ½ lengths while zipping off a quarter-mile in 21.47 and a half-mile in a torrid 44.57. That sharp early foot put the rest of the field at a distinct tactical disadvantage and, when Quick Tempo hit the far turn still in hand with that 3 ½-length lead in-tact, it was all but over, as he comfortably cruised home as the .80-1 favorite over 2.50-1 second-choice Gagetown, who rallied inside to snag second by a half-length over Twilight Blue.

Beschizza, aboard Quick Tempo for the first time, couldn’t help but be impressed.

“He’s one of the fastest horses I’ve sat on,” Beschizza said. “He did it all for me and showed today he’s got some true class.”

Quick Tempo won on debut at Arlington Park over the Tapeta in August for trainer Chris Davis then stubbed his toe when fifth (disqualified to sixth) in a turf try in the Ontario Racing Stakes at Woodbine in September. The son of the late Tapizar tried dirt for the first time in a Parx Racing allowance in his next start in October and clearly found his calling, as he wired by 6 ½ lengths in an entry-level allowance. Davis sent Quick Tempo to Keeneland in his next start, the Nyquist Stakes on Breeder’s Cup day, and he again ran huge when second to Kentucky Derby prospect Highly Motivated. Now 3-for-5 lifetime, Quick Tempo has always lived up to his name, though Davis thinks that early speed can be harnessed.

“I think eventually he’ll be able to stretch out and I don’t think we have to ask him to leave there that fast,” Davis said. “He’ll relax. He’s always been extremely fast and has such a nice cruising speed, and he carries it that far.”