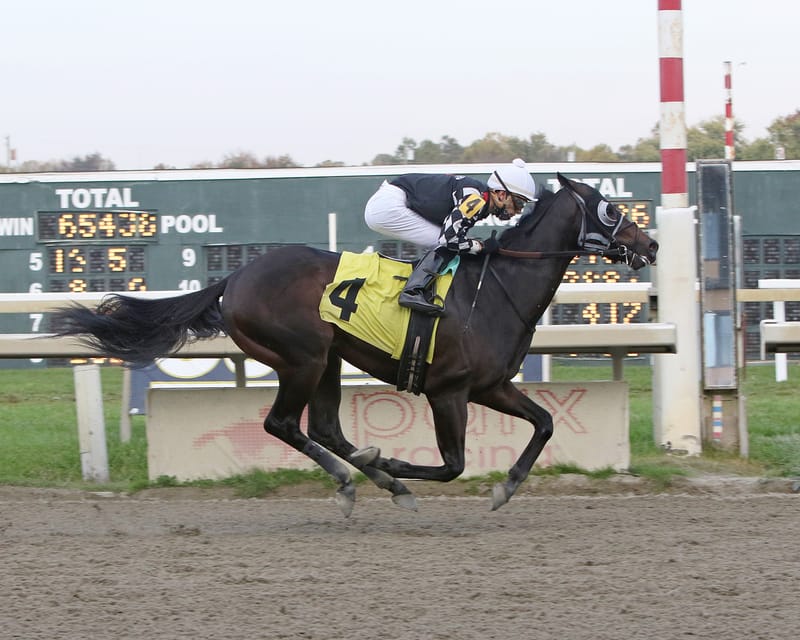 Quick Tempo was lined up against eight other 2 yr old allowance horses in this 6 furlong 41k dirt sprint. Breaking from the middle of the pack with jockey Mychel Sanchez aboard, the athletic dark bay son of Tapizar broke out of there like a rocket. Quick Tempo blazed the opening quarter in 21.65 while opening up a 1 1/2 length lead on his nearest pursuer. With Sanchez doing his best to corral that speed, “QT” maintained about a length lead while completing the opening half mile in 44.96. As they entered the turn, Quick Tempo began to widen the margin on his closest competitor Maythehorsebwithu. As they reached the top of the stretch he continued to increase his margin while under wraps, and they sizzled home with ease in a final time of 1:09.54 while 6 1/2 lengths clear of his nearest pursuer. If Sanchez wanted, Quick Tempo probably could have gone sub-1:09 for the 6 furlongs, that is how easy they made it look.

This was Quick Tempo’s second win in three starts with both those wins coming by open lengths. His future is bright with a possible next start in The 125k Nyquist Stakes on the Breeders Cup Friday undercard.

Congratulations to all the Dare To Dream Stable partners who are already enjoying the ride with this talented 2 yr old colt. A hearty congratulations to trainer Chris Davis, his assistant Mynor Ortiz, and the entire team for having this colt sharp and ready! Finally to jockey Mychel Sanchez who rode Quick Tempo with the confidence knowing he was on the best horse!